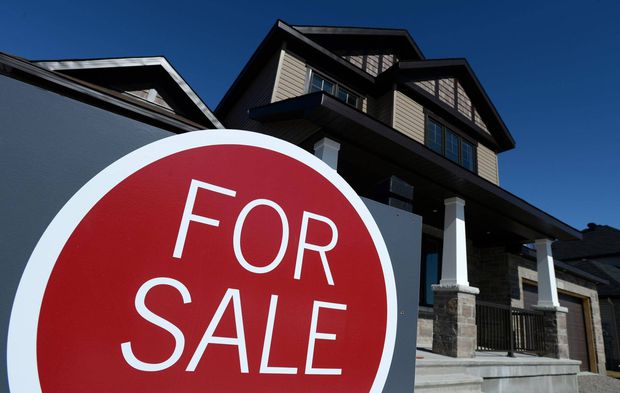 Bank of Montreal chief economist Doug Porter said Wednesday’s rate increase will add further pressure on the weakening real estate market in Toronto, although much of the 0.25-per-cent increase has already been anticipated and factored into long-term mortgage rates.

“I think it would just further dampen the market and probably push out the recovery,” Mr. Porter said.

He said a second increase coming so soon after rates were just boosted 0.25 per cent in July “accentuates” the Bank of Canada’s urgency to raise rates, which will leave many anticipating there could be yet another move later this year.

“So I wouldn’t brush it off – I think that will put a bit more upward pressure on some of the medium– and longer-term mortgage rates as well, and of course the variable rates will move almost instantaneously,” he said.

Home prices continued their slide in the Greater Toronto Area in August, driven by falling demand for detached houses even as condominium prices climbed.

The average home in the GTA sold for $732,292 in August, a 20.5-per-cent drop from the market’s peak in April, when prices for all types of homes averaged $920,791, according to the Toronto Real Estate Board.

Compared with a year ago, the average price for a home in the GTA is up just 3 per cent, which means a four-month drop in prices since April has eroded almost all of the gains the Toronto market recorded late last year and earlier this year.

The market downturn began in May after the provincial government announced new measures in April to cool the overheated market in the region, including the introduction of a 15-per-cent foreign-buyers tax. But the impact has continued for months as buyers have moved to the sidelines to wait for signs that prices have bottomed in the region.

So far, they have not rushed back. The total number of homes sold fell 34.8 per cent to 6,357 in August compared with a year earlier.

But experts believe buyer interest should return this fall, which could help stabilize prices if new listings remain moderate.

Real estate agent John Pasalis, president of Realosophy Realty Inc. in Toronto, said there are signs the Toronto market is becoming healthier as a glut of new listings that emerged in May and June has slowed significantly through the summer months, with many potential sellers holding off to see if prices recover this fall.

TREB said 11,523 homes of all types were listed for sale in August, the lowest level for August since 2010 and a decline of 6.7 per cent, compared with August last year.

“I think it’s just a hint that maybe the market is starting to get more balanced,” Mr. Pasalis said. “We’re past this rapid [price] decline phase and we’re moving towards a more balanced market. I think we’re definitely going to see more listings this September, but I don’t think we’re going to see a huge surge over last year.”

Chris Slightham, president of Toronto-region brokerage group Royal LePage Signature Realty, said the latest interest-rate increase may also spur sales in the short term as potential buyers decide to act now to lock in a mortgage rate if they believe more rate increases may be coming.

“It may help buyers make a decision,” he said. “If interest rates are going to rise or are trending in that direction, I think it would encourage me to make a decision today to take advantage of where the rates are today.”

The detached-house sector has been hit hardest in Toronto’s real estate downturn, with the average price of a detached home in the City of Toronto now down 1.2 per cent compared with a year ago at $1,191,052, while detached-house prices in the 905 region surrounding Toronto have fallen 0.1 per cent over the past year to an average of $906,592 in August.

From the market’s peak in April this year, the average price for detached homes in the GTA has fallen 19.6 per cent to $968,494 in August from $1,205,262 in April, bringing the average detached-home price back below $1-million in the region.

Semi-detached home prices are still up 12.1 per cent compared with a year ago, however, while townhouse prices are 8.9 per cent higher and condominium prices are up 21.4 per cent since August, 2016.