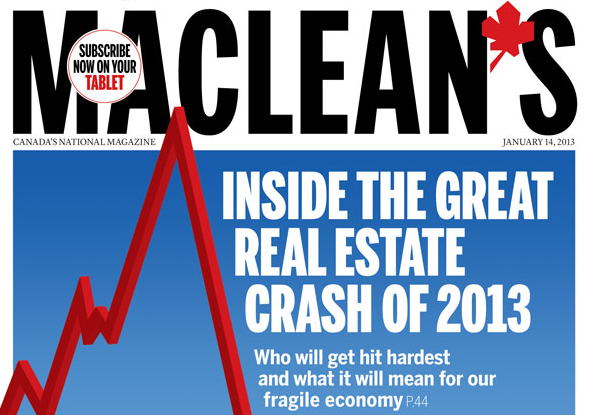 Is the Real Estate Market Going to Crash?

I’ve heard lots of speculation that the real estate market is due for a correction but it has yet to happen, why?

Housing bears are convinced: Canada’s inflated real estate market especially in and around Toronto and Vancouver is overdue for a massive correction.

They have plenty of evidence to back up their hypothesis:

But there’s plenty of evidence real estate can keep growing or at least stay on this plateau for a while.

There’s evidence for both a crash and continued strength, so what’s going to happen?

Personally, I think we’re in a new reality where real estate remains expensive in our largest cities. Any significant downturn will be met by a rush of investors looking to get back in before prices appreciate again, offering support on the downside.

I think that if you can afford the payments then now is a good time to buy, don’t wait for a crash that may never come!