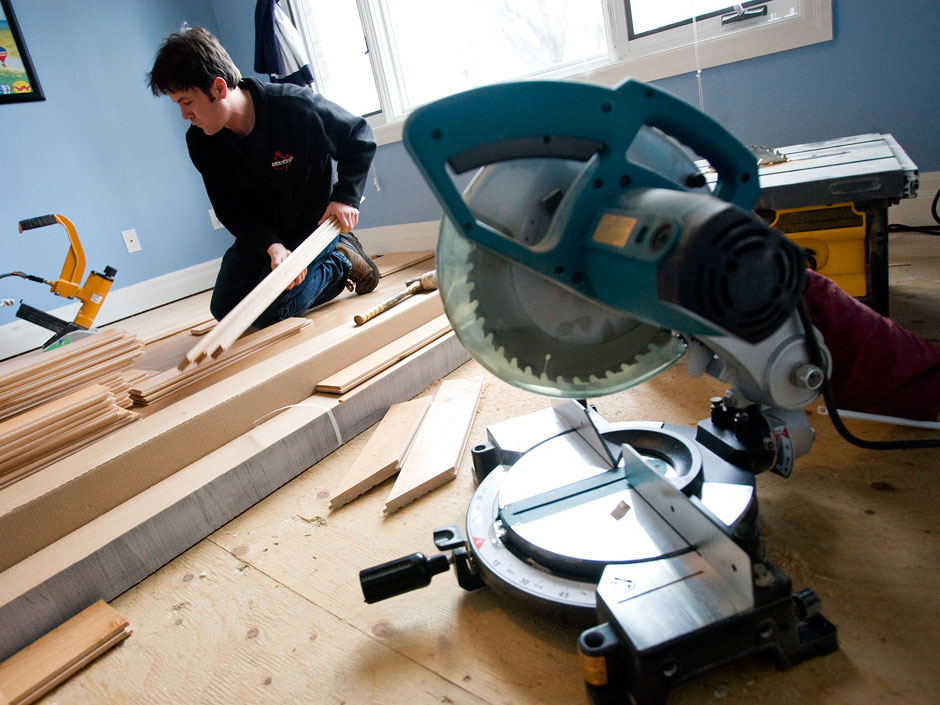 Renovation spending to hit another record in 2017, but pace starting to slow

Renovation spending is expected to reach record levels this year and next, but the Canadian home improvement craze may finally be slowing down, according to a new report.

But the Toronto-based real estate consultant said the growth in average spending per unit has slowed since the heyday of the decade of the 2000s.

“We are often asked whether we see any evidence that homeowners are increasingly planning to stay put and renovate their home to meet their changing needs, rather than move to a new home,” Altus Group asked in its report on the sector. “Intentions to move versus intentions to undertake larger renovations ($10,000 plus) are very similar to last year and to adopt HGTV’s terminology, there has been no increase to love it rather than list it.”

Renovation spending had been tracking the overall growth in the economy, but while it is expected to grow in 2017 it will begin to lag economic growth.

Some of the renovation spending is just keeping a home up to date — $17 billion of the $71 billion spent in 2016 was chalked up to home repair. Most of the rest of the spending, $52.8 billion, was discretionary and used for alterations and improvements. About $1.1 billion was spent on property conversions in 2016.

The real signs of a slowing renovation market is the growth in spending per unit. That was about $5,000 over the past five years, not much more than the period from 2007-2011.

“This means that the recent growth in renovation spending has been more driven by growth in the housing stock (the total number of units renovated) than by increased spending per unit, than was the situation in the decade of the 2000s,” Altus Group said.

Driving renovation spending has been increases in home equity since the latter part of the 1990s. Many homeowners have tapped  into home equity lines of credit (HELOC) for their improvements or upkeep. Altus Group data showed one in 12 homeowners borrowed for home renovation in 2016. A HELOC is the No. 1 method to borrow followed by a refinanced mortgage.

Altus Group research shows that many people who initially use high-interest methods to borrow, such as credit cards or store charge cards, later consolidate that debt into their mortgage.