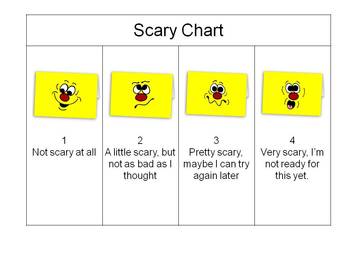 Several months ago, we presented the “scariest chart ever” for Toronto real estate owners.

It showed a steep decline in the city’s sales-to-new-listings ratio — a measure of how many of the city’s homes available for sale are being snapped up by buyers.

The ratio plunged off a cliff this spring following the province’s announcement of new housing rules that included a 15 per cent foreign speculators’ tax. It was a sign that Toronto’s house prices were about to plunge.

But according to BMO senior economist Robert Kavcic, the worst of the price collapse may now be in the past. Kavcic published an updated and seasonally adjusted version of the scariest chart ever, and the latest development is a small but noticeable bounce-back in the sales-to-new-listings ratio.

That bounce-back suggests “the market has started to balance out,” Kavcic told HuffPost Canada by phone. Prices could continue falling for several months, but the worst of it took place this past summer, he said.

Good news for those worried about losing the equity in their homes, bad news for homebuyers hoping for more affordable prices.

But Kavcic did warn of one downside risk to his forecast: The Bank of Canada’s suddenly aggressive interest rate hikes.

Raising the cost of borrowing for mortgages “will affect the psychology of the market, and affordability as well,” Kavcic said.

With borrowers so used to rock-bottom interest rates, “it doesn’t take a lot of movement (in interest rates) to start altering affordability.”

Case in point: Ratehub.ca estimates that a 0.25 percentage point rate hike, like the one put in place by the Bank of Canada this week, would add $84 to the monthly cost of a variable-rate mortgage on average-priced Toronto home valued at $750,000.

“Since the beginning of 2017, variable rate mortgage consumers have had to increase monthly payments by $168 per month, or an additional $2,016 per year,” Ratehub said in a statement.

BMO has updated its forecast for interest rates in the wake of the bank’s hike on Wednesday. It now expects the Bank of Canada’s key lending rate to hit two per cent by the end of 2018. The bank’s current rate is one per cent, up from 0.75 per cent before Wednesday’s hike.

If the bank were to move more aggressively than expected in raising rates, “the impact on housing will be material,” Kavcic said.