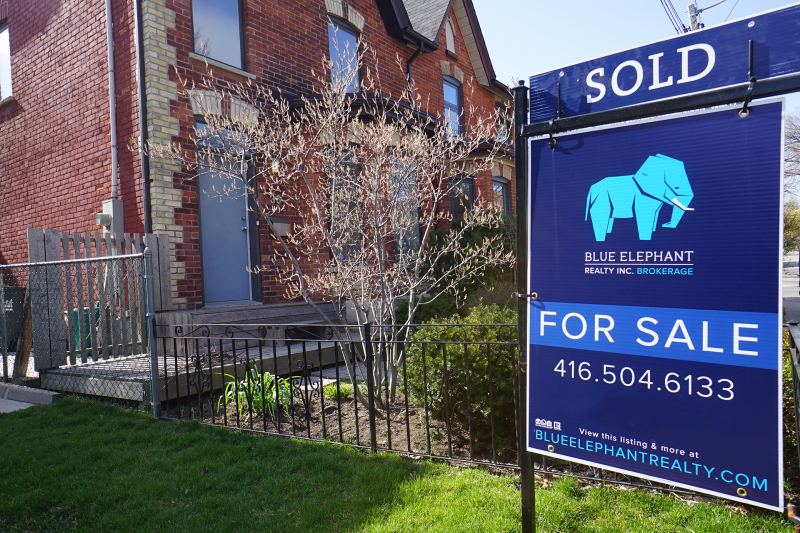 By TARA DESCHAMPS
Canada’s real-estate market will hit a slow patch in 2018 as tighter mortgage stress tests apply pressure and the impact could be exacerbated if an expected interest-rate hike drives buyers to put off their home purchases, economists said Monday.

The Bank of Canada will make its first interest rate announcement of the year on Wednesday. Many observers predict it will boost the country’s benchmark rate by 25 points to 1.25 per cent after the economy’s strong performance last year and a particularly strong jobs report from November. If the economy keeps pace, they believe that rate may be bumped up a few more times over 2018.

The suspected hikes could heap stress onto buyers already combating stricter regulations that were introduced by the Office of the Superintendent of Financial Institutions on Jan. 1 for uninsured mortgages, and elevated five-year, fixed mortgage rates that were pushed up by the CIBC, RBC and TD banks last week.

“This is the most significant test the market has seen in recent years,” said Benjamin Tal, CIBC’s chief deputy chief economist.

He expects a market slowdown to be seen as early as the first quarter as people who were hoping to scoop up homes weigh whether renting or living with family for a bit longer will pay off later in the year, when the country has grown accustomed to the new conditions.

“The big question though is to what extent investors will stop buying,” Tal says. “That will carry a big effect, but it’s still the biggest unknown.”

The Canadian Real Estate Association slashed its sales forecast for 2018 to predict a 5.3-per-cent drop in national sales to 486,600 units this year, shaving about 8,500 units from its previous estimate due to the impact of the stricter mortgage stress tests.

On Monday, the association released a report revealing that national home sales rose 4.5 per cent in December from the month before and that the average national home price reached just over $496,500, up 5.7 per cent from one year earlier.