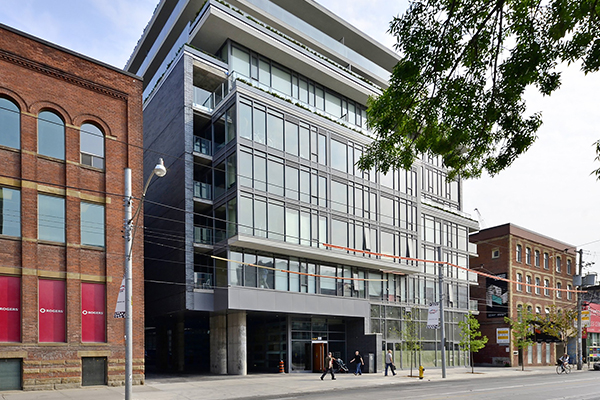 As the housing market in Toronto cools, the rental market is especially hot following the announcement of new provincial housing measures, according to a report from Urbanation Inc.

Urbanation, a real estate consulting firm, released a report looking at condominium rentals in Toronto over 2017’s second quarter and reveals that new housing measures may have led to a record high demand of condo rentals across the city.

In April, Ontario introduced its Fair Housing Plan, which had a non-resident speculation tax as well as widened rent control measures that now include buildings built after 1991. Following the announcement, Urbanation found that the number of condo apartments being leased rose 12 per cent, hitting a record high, and that rental prices grew 11 per cent, surpassing an average of $2,000 for the first time. Vacancies were near zero.

Meanwhile, those lucky enough to already have an apartment they can afford seem to be holding on to them longer. Urbanation looked at the length of time between condo apartment lease transactions and concluded that there was far less turnover, with the average duration rising to 21.5 months from 17.9 months a year earlier.

“The message here is that we’re grossly under-building rentals and the rent control measures that were introduced are going to make it worse over time through less supply and less turnover,” said Shaun Hildebrand, senior vice-president of Urbanation. “In the open market, those units are going to be in a fiercely competitive market and landlords will set prices knowing that it is going to be capped moving forward. This is really unfavourable for anyone that faces the prospect of ever having to move.”

The silver lining is that despite the new measures, the number of purpose-built rental development proposals continued to increase during this time, albeit at a slower rate than previous quarters. The number of purpose-built rental units under construction topped off at 5,821 last quarter, which is higher than the first quarter of 2017 but fewer than the 5,992 units that were under construction this time last year. But the long-term trend, Mr. Hildebrand says, is a growing number of proposals.

“There’s still interest in building purpose-built rentals but I don’t think that pipeline will grow as fast as it would have had these measures not been put in place,” Mr. Hildebrand said. “I hope this [demand] provides encouragement for developers to proceed with purpose-built rentals.”

Mr. Hildebrand added that there could be some reprieve later in the year if condo construction rises as expected and some buyers go back to the ownership market.