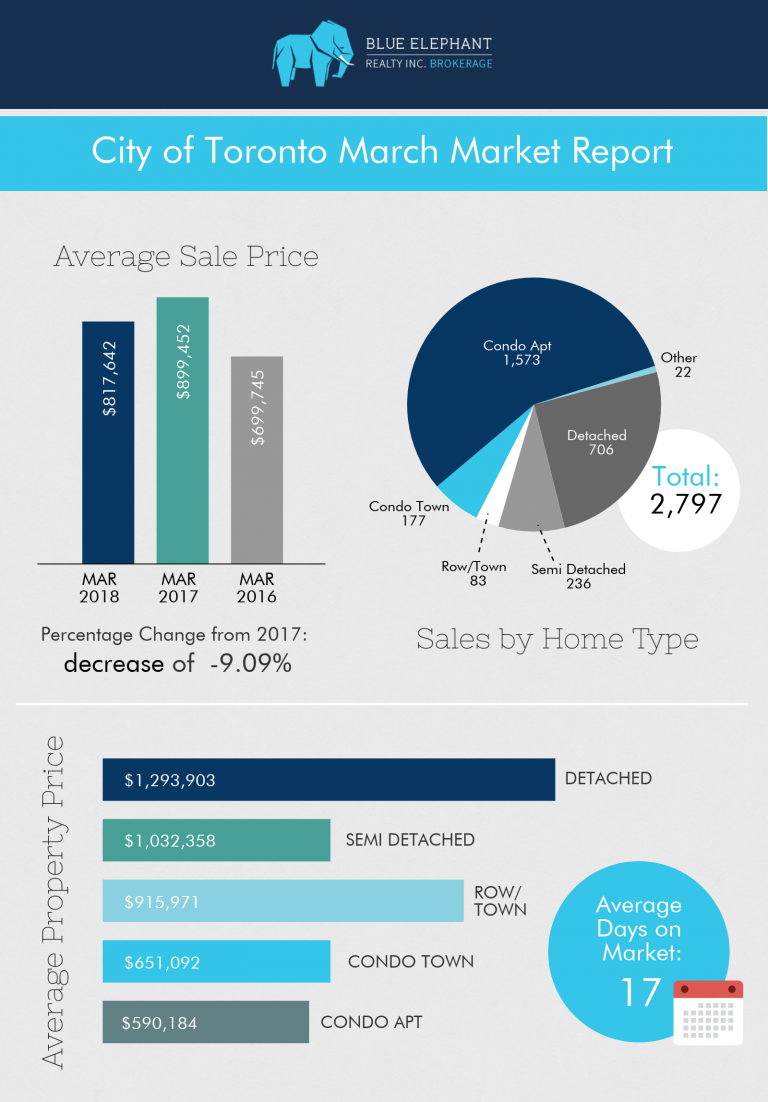 Hold onto your hotpants. Spring warmth is heating up the market! While the average sale price is down 9.09% from a year ago, it’s up 1.38% from February 2018. Don’t get mislead by this average. That’s a melting pot of commercial, condos and freehold all mixed together where each of those three face unique pressure and challenges. It’s always about the details. I’m happy to share more information about your neighbourhood. It makes GREAT coffee conversation.

Toronto Real Estate Board President Tim Syrianos announced that Greater Toronto Area REALTORS® reported 7,228 residential transactions through TREB’s MLS® System in March 2018. This result was down by 39.5 per cent compared to a record 11,954 sales reported in March 2017 and down 17.6 per cent relative to average March sales for the previous 10 years. The number of new listings entered into TREB’s MLS® System totaled 14,866 – a 12.4 per cent decrease compared to March 2017 and a three per cent decrease compared to the average for the previous 10 years. “TREB stated in its recent Market Outlook report that Q1 sales would be down from the record pace set in Q1 2017,” said Mr. Syrianos. “The effects of the Fair Housing Plan, the new OSFImandated stress test and generally higher borrowing costs have prompted some buyers to put their purchasing decision on hold. Home sales are expected to be up relative to 2017 in the second half of this year.” The MLS Home Price Index Composite Benchmark was down by 1.5 percent on a year-over-year basis for the TREB market area as a whole. The overall average selling price was down by 14.3 per cent compared to March 2017.